This year, Copies of Scratch, Crackle & Pop! and Scratch! Crac! et Pop! will be available at Light cone, Paris’ nonprofit organization whose aim is the distribution, promotion and preservation of experimental cinema in France and around the world. 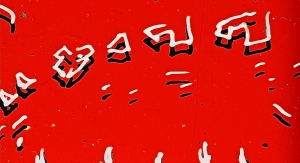 Montreal, September 15, 2016 – Scratchatopia Films is proud to announce that award-winning independent animator Steven Woloshen (The Babble on Palms, Crossing Victoria) has been selected to receive the coveted René Jodoin Award for outstanding lifetime achievement in animation at the 2016 Sommets du cinéma d’animation in Montreal. This year’s recipient was announced today by Marco de Blois, Artistic Director at the Sommets du cinéma d’animation, and Marcel Jean, Executive Director of the Cinémathèque québécoise. Woloshen has directed and produced over 40 animated and experimental films since 1982, including his latest work, Casino, a musical short which will premiere at the award ceremony.

The René Jodoin Award, named in honour of the renowned filmmaker and founder of the National Film Board of Canada’s French animation studio, recognizes the exemplary work of a Canadian figure in animation. Last year’s recipient was NFB Academy Award-winning producer, Marcy Page. As one of the highlights of the 16th Sommets du cinéma d’animation, the award will be presented at an informal ceremony at the Cinémathèque québécoise, Salle Norman McLaren (official times TBD). For further information on this and other awards to be presented at the festival, please visit their website: http://www.cinematheque.qc.ca/en/sommets/jury-and-prizes.

Steven Woloshen, considered one of the masters of hand-drawn, cameraless animation, has received several awards for 1000 Plateaus (2004-2014) (2014) and Cameras Take Five (2003), in addition to being nominated three times for Best Animation at the Gala du cinéma québécois for Playtime (2009), Two Eastern Hairlines (2004) and Curse of the Voodoo Child (2005). He has also been twice nominated for Canada’s Governor General’s Award in Media Arts, received the Avi and Dora Morrow Fellowship while completing his master’s degree at Concordia University, and was awarded the 2015 Prize of the Cultural Office of the City of Wiesbaden, Germany. He is the author of two practical manuals on handmade filmmaking techniques, Recipes for Reconstruction: The Cookbook for the Frugal Filmmaker, published in 2010, and Scratch, Crackle & Pop! A Whole Grains Approach to Making Films Without a Camera, published in 2015 (also available in French: Scratch! Crac! et Pop! Une méthode simple et conviviale pour réaliser des films sans caméra).

In one year, hundreds of copies have been sold world – wide. Handmade, direct- to -film workshops have been popping up in Japan, Argentina, Germany, The United States and the UK. Click here to read the reviews. 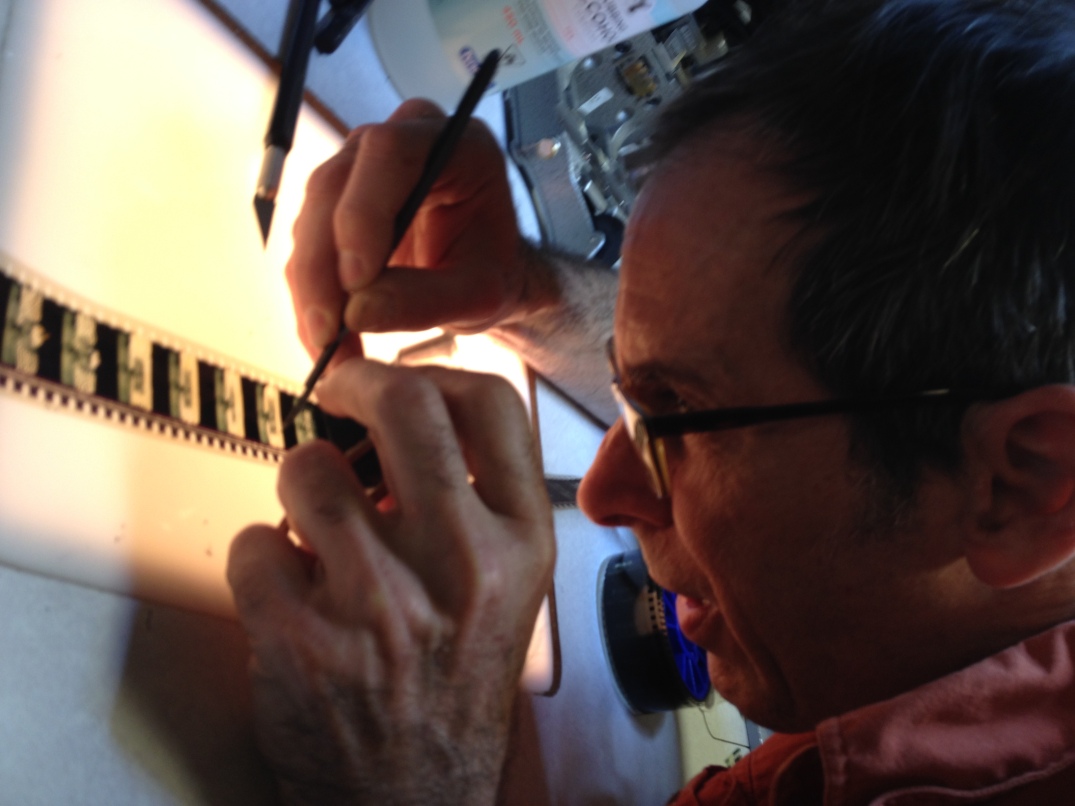 Plunge into the visceral, energetic world of handmade filmmaking with this unique, easy-to-read manual. Award-winning animator and filmmaker Steven Woloshen guides you step-by-step through the process of creating handmade films using simple, everyday tools. Here, Woloshen shares the knowledge and experience he has acquired over his 30+ years’ experience of making short, abstract films. Written for aspiring animators and film lovers alike, Scratch, Crackle & Pop! is a one-of-a-kind guidebook that explores the techniques, processes and tools of the trade through in-depth case studies of thirteen of Woloshen’s best-known films. A companion DVD and  2 35 mm film strips are included. 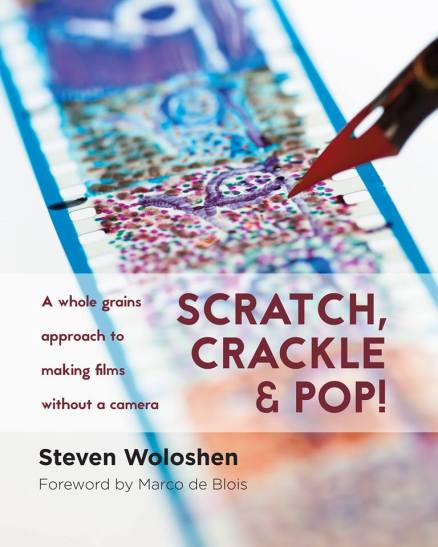 In case you’re wondering, this is a hand-painted, hand-made film.